On Wednesday 25th March Sheikha Sheikha Al-Thani, the founder of SATUC, officially announced the 2015 SATUC Cup in front of an audience of distinguished guests at the Arab British Chamber of Commerce.
Speeches were made by Sheikha, Ahmed Hassan (the Honorary President of the 2015 SATUC Cup), Chris Rule of 2TR, and Andres Munoz of the Kiso Lab Foundation. All of them united in a common goal to end the suffering of disadvantaged children from around the world.

Sheikha’s stirring speech brought the audience to their feet. It was truly inspirational to see a young girl of only 15 speak so articulately about what is an absolutely amazing project. But the most inspirational thing was left unsaid. That Sheikha, still a child herself, is dedicating so much time and effort to help those who are less fortunate than herself. Her drive and determination is unquestionable and her passion, undeniable. It was truly a sight to see. 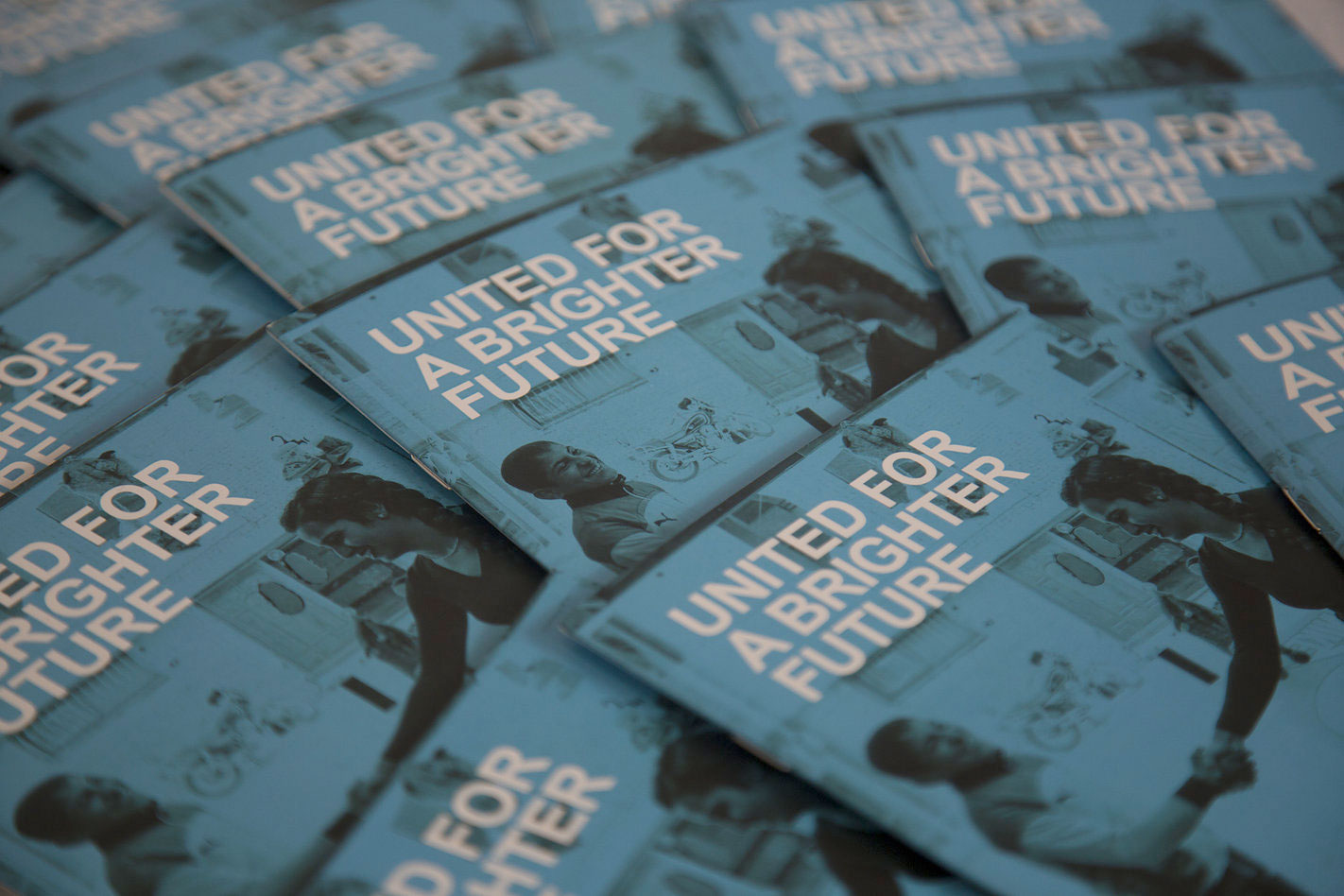 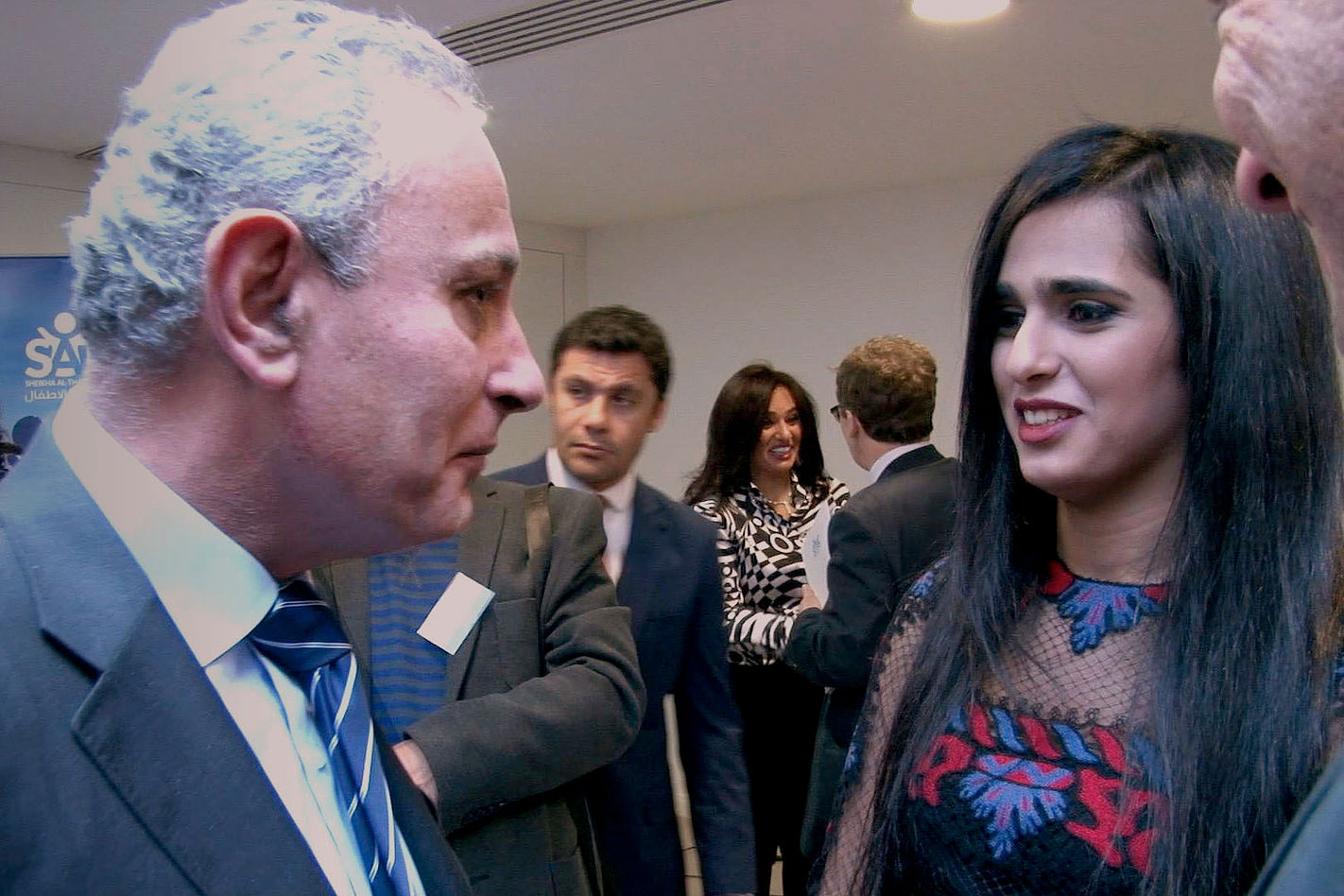 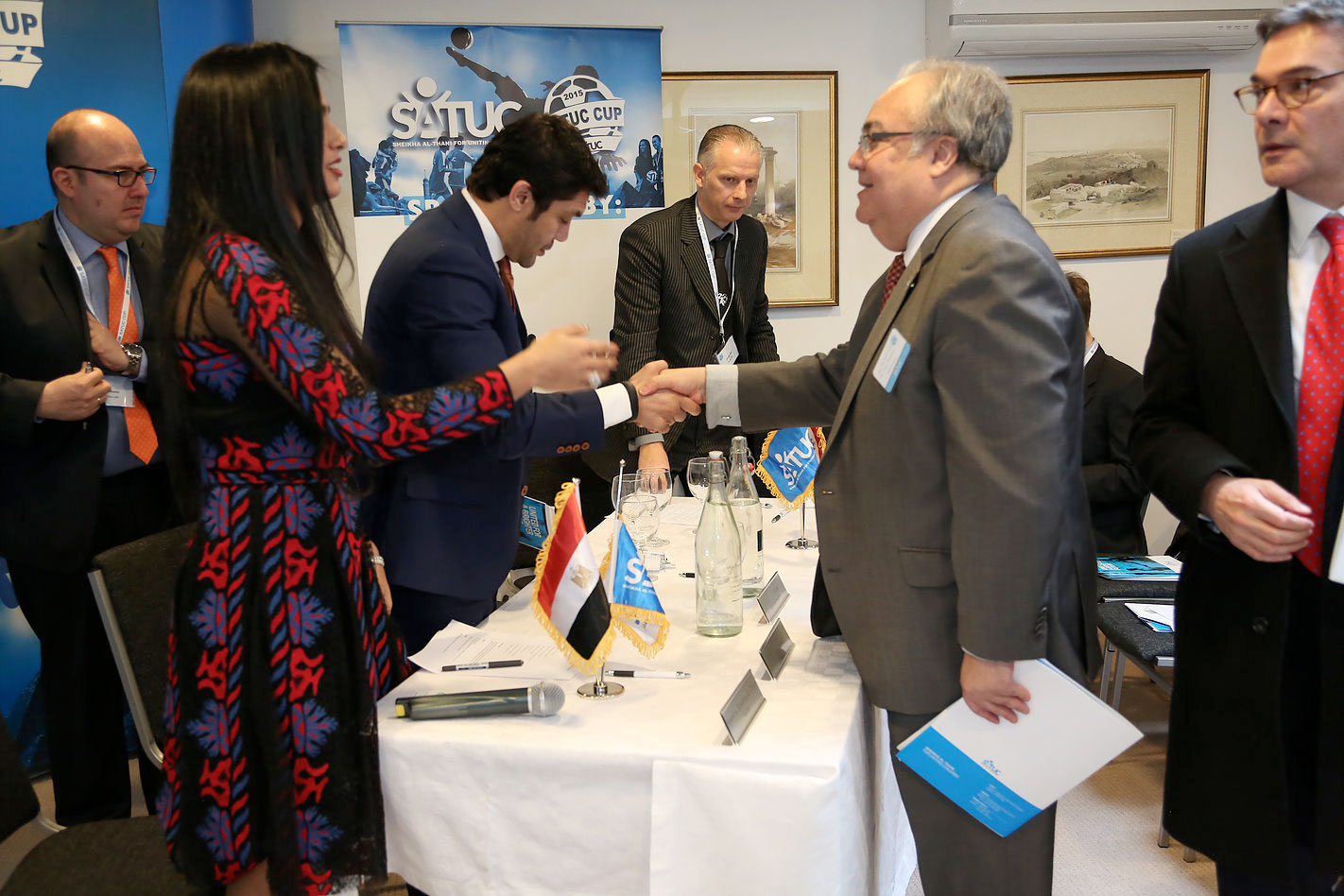 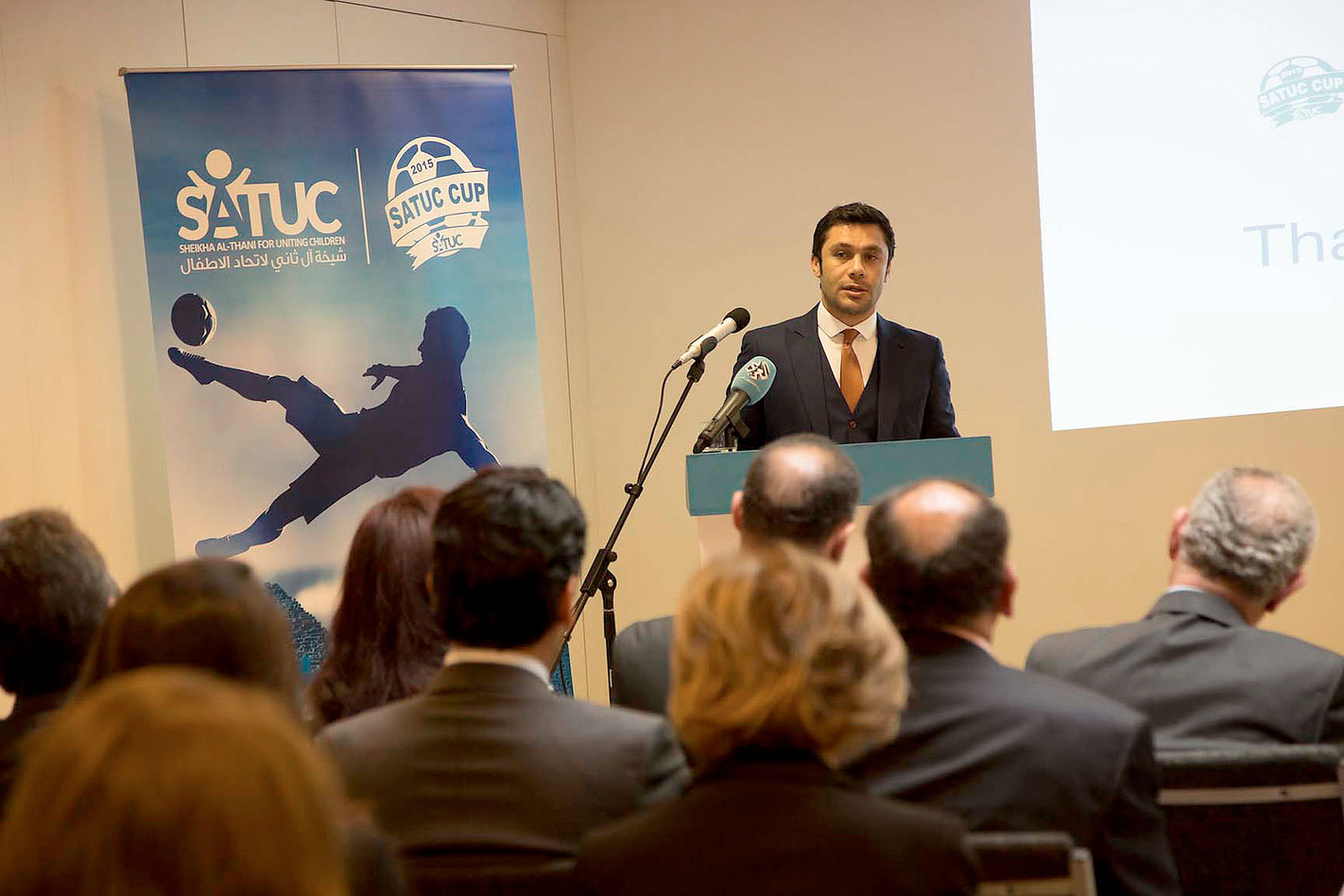 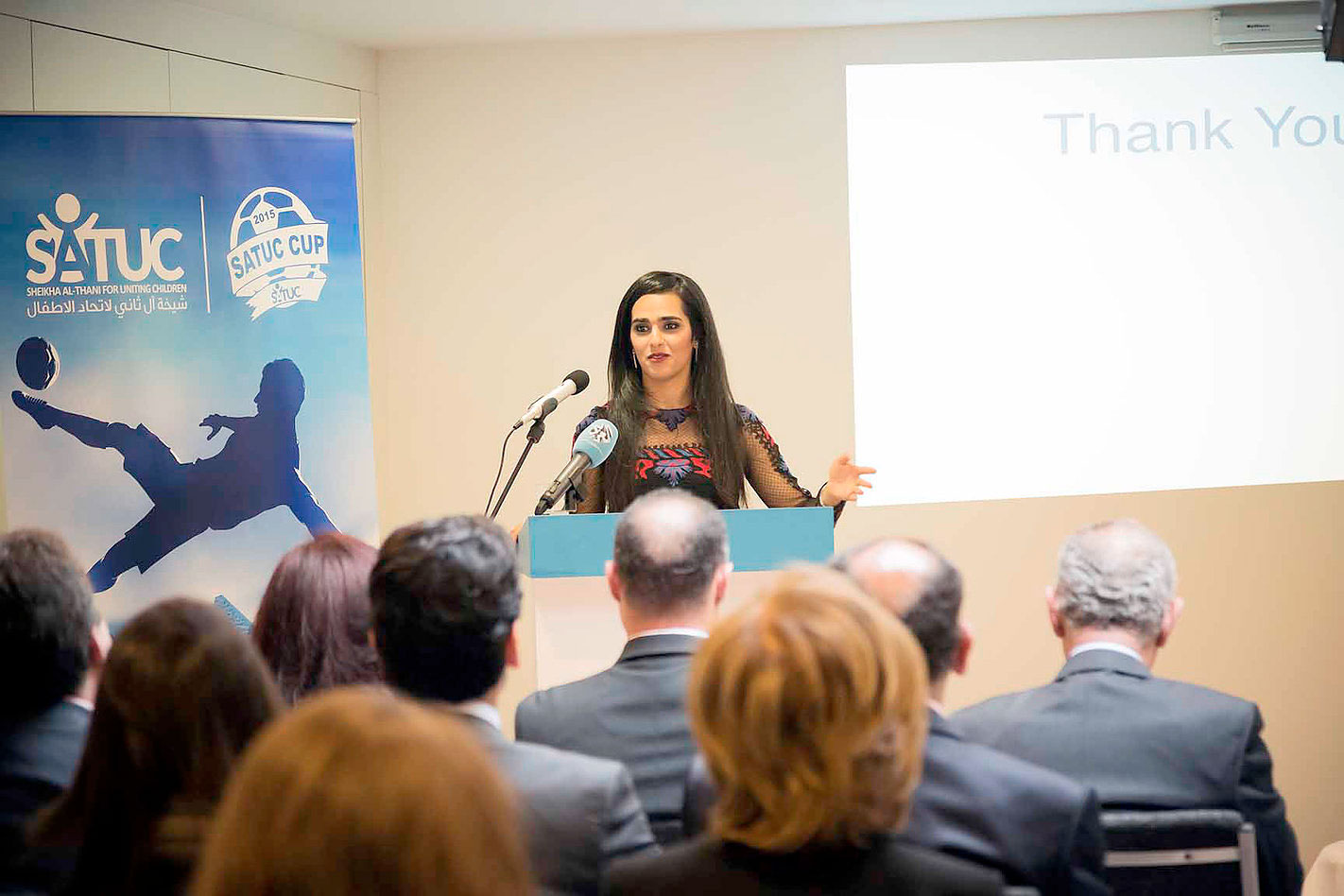 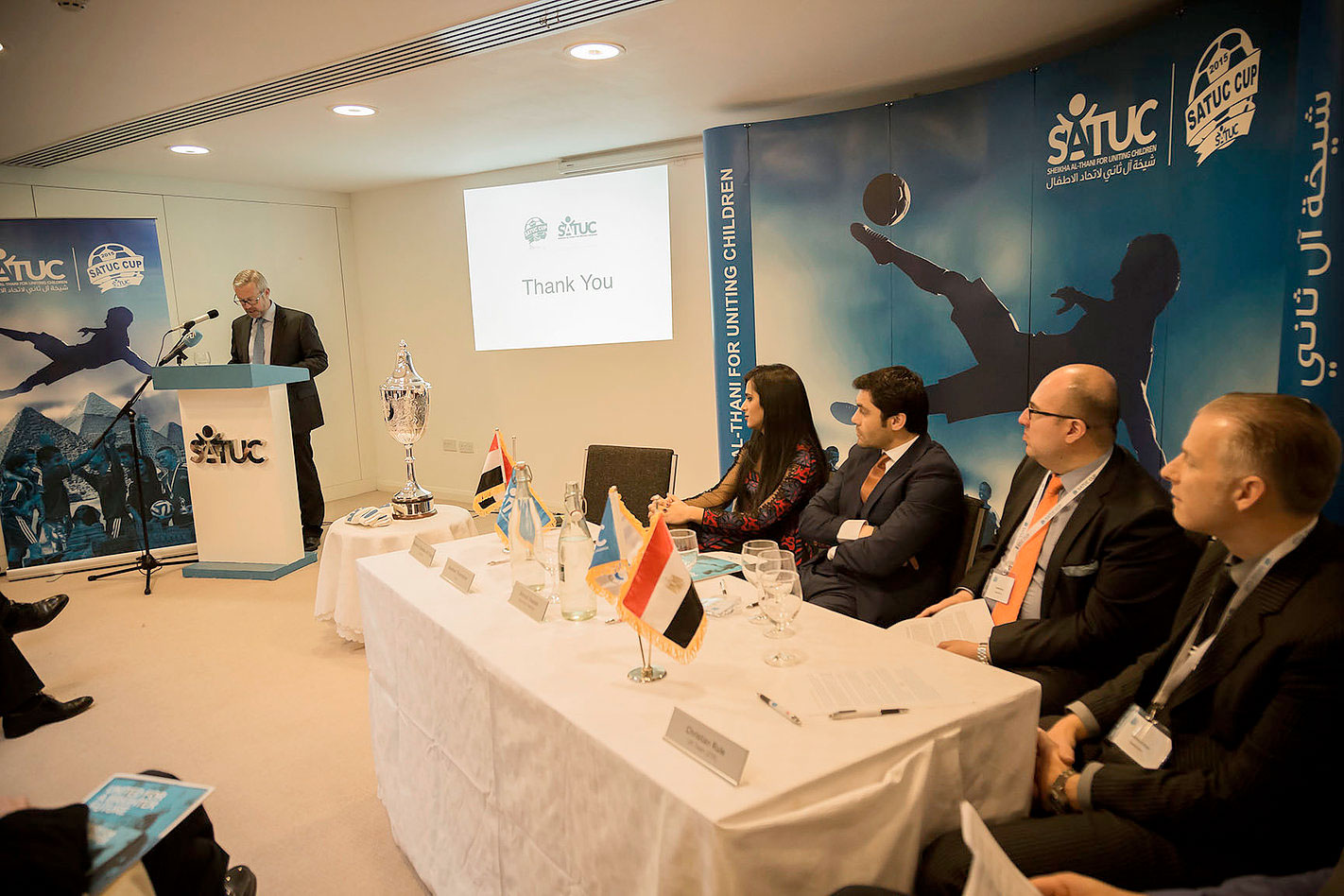 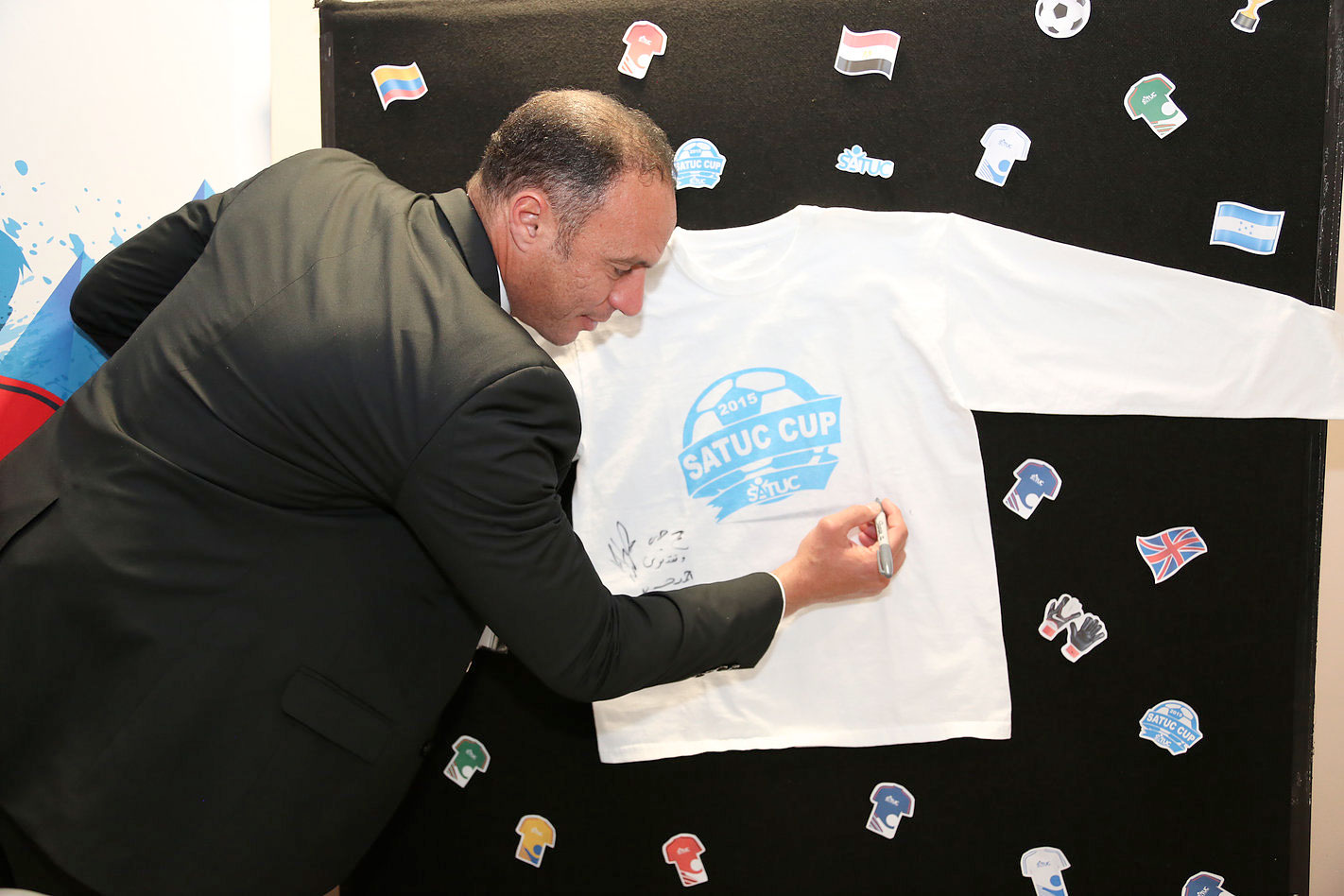 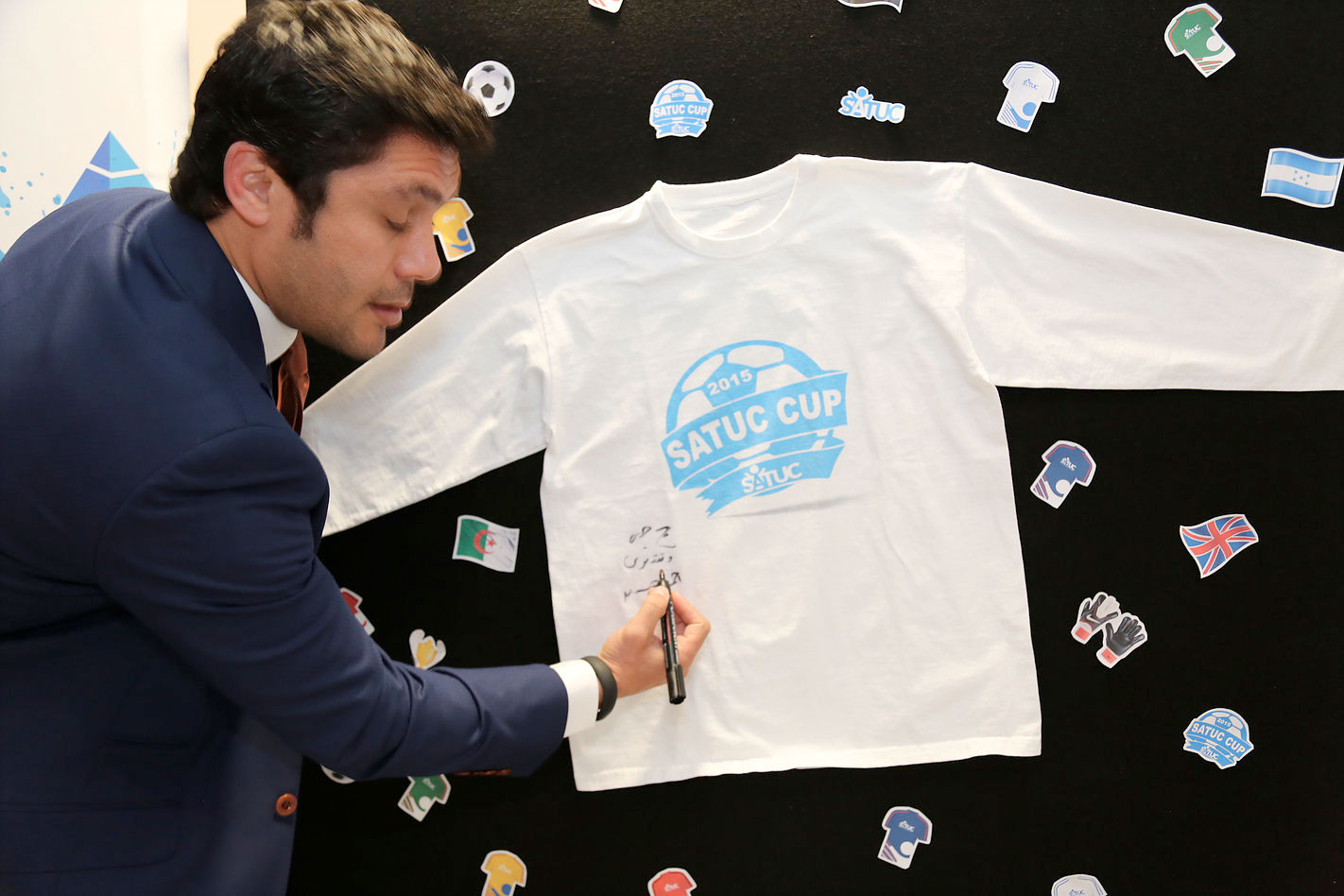 Many eminent guests were in attendance including His Excellency Mr Nasser Kamel, the Ambassador of Egypt, His Excellency Mr Ivan Romero-Martinez, the Ambassador of Honduras, and Mr Juan Manuel Uribe-Robledo, the Colombian Deputy Head of Mission. The fact that so many governmental figures took time out of their busy schedules to support SATUC is testament to what fantastic work the charity is undertaking and, importantly, to the character and personality of Sheikha herself.

The 2015 SATUC Cup is set to take place in Cairo from the 28th August – 3rd September. So far 9 teams are confirmed from 9 different countries: Egypt, UK, Algeria, Jordan, Morocco, the Philippines, Honduras, Colombia, and Syria. The tournament will raise awareness for a number of grassroots projects from around the world and will also act as a vehicle for donations.
The power of sport as an aid to social development is irrefutable and this tournament will surely inspire the participating children to dream of something better. It is an opportunity for these children to escape poverty and to change their lives, as well as those of their families.

Among the audience were many politicians, businessmen and analysts, who admired her speech, Sheikha Al-Thani presents SATUC to the Arab-British Chamber of Commerce.

As a new member, Sheikha took the opportunity to talk about SATUC and its future projects. She said that the project is based on the belief that the new generations have the right to have a better future.

Sheikha added that she started charity work that she loves at an very early age.

Among the audience were many politicians, businessmen and analysts, who admired her speech and call to the underprivileged children and street children who increase in numbers.